Texas Disposal Systems > Our Blog > Sustainability > The 3 Most Eco-Friendly Countries, and What We Can Learn From Them

The 3 Most Eco-Friendly Countries, and What We Can Learn From Them

In the past few years, there’s been an especially concerted focus around the globe to make systemic changes that make us better stewards of our planet. As in any time of growth and change, there’s much to learn from countries leading clean, green initiatives.

To determine which countries have the most sustainable practices, we turned to the Environmental Performance Index (EPI). The EPI is a biennial study of 180 countries, run by Yale, that analyzes each country’s environmental efforts based on 24 performance indicators across 10 overarching categories. Analyzing this information, Yale assigns a score to each country and ranks them accordingly in their EPI report.

The most recent EPI was released in 2018 (keep an eye out for the 2020 report this June). The 2018 report placed Switzerland, France, and Denmark at the very top of eco-friendly behavior. These countries give the rest of the world something to observe, as the highest score awarded by the EPI is only 87.42/100. There’s always room for improvement.

In this post, we’re diving into the various approaches taken by these top-ranked countries, from preserving the existing natural resources, to creating green innovations, and to build to a more micro level of establishing a cleaner culture in their capitals.

What We Can Learn From the Swiss

As far as the natural environment goes, Switzerland hit the jackpot. Beautiful mountains, fresh and plentiful water, and magnificent countrysides are all that can be found within their borders. But simply having these resources to start isn’t why they are at the top of EPI and plenty of “best places to live” lists. What the Swiss have done well is to recognize the importance of these natural resources and have made a long-term commitment to preserving them.

What We Can Learn From the French

The French have dedicated their eco-friendly efforts to how urban environments can work to protect the Earth, a critical drive as we continue to grow and develop as a global society. Being green is a battle on two fronts: preserving our natural resources as much as possible and limiting the damage we are causing through the creation of resources we need. France has taken that second initiative and run with it. 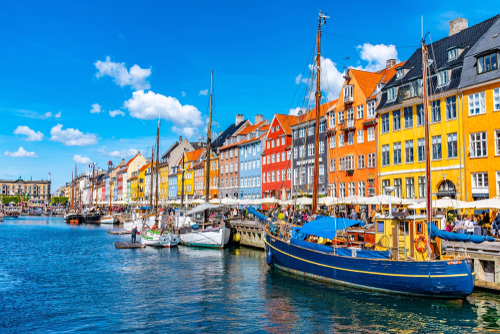 What We Can Learn From the Danish

Denmark has built a green culture in their country through the example they established in their capital, Copenhagen. By dedicating their capital to an eco-friendly culture, Denmark is leading by example for its citizens to care for the planet and try to be green. The three major pillars of this environmental protection are bikes, wind, and trash.

Switzerland, French, and Denmark all top the EPI list through different approaches. There’s much to be learned from each of them, as well as a ton they can learn from each other. While the details vary, the basis of every eco-friendly country is acknowledging that there are issues with how things are currently being done, committing to improving, and establishing cultural buy-in from your citizens.

As a Chinese Proverb said, “The best time to plant a tree was 20 years ago. The second best time is now.”

Find out more about our services